A successful return to Canada Day

You are here:
Uncategorized 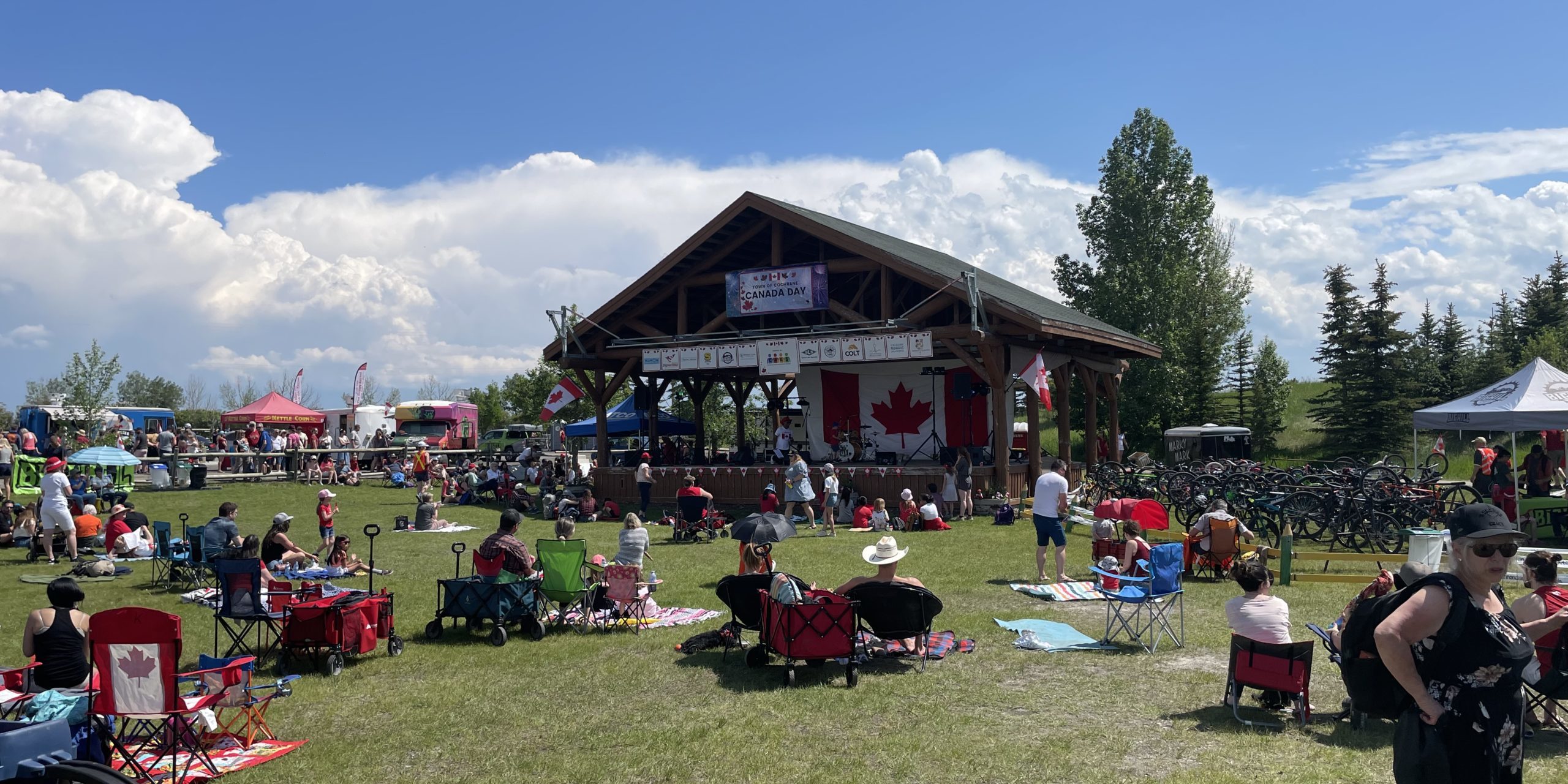 Cochranites flocked to Mitford Park for the first Canada Day celebration since the end of the pandemic.

Thankfully the Weather stayed away for most of the day allowing families to enjoy Canada’s birthday under the sun.

The Event Coordinator for the Cochrane & Area Events Society, Kailey Mitchell says the event was a success on a few different levels.

“It was really awesome to be able to do that, especially since the last couple of years we haven’t been able to do it in the same capacity. The event society still did some stuff in 2020 and 2021. We just did some virtual stuff last year. So, to be able to be altogether back at Mitford Park like it was three years ago, and with the turn out that we had, we were very happy with the success of the day.”

“We had some really good like a really good turnout of people we had, we estimated about between 8500 and 10,000 total throughout the day, including like those that came to the in the evening.”

Although the celebrations were generally a success unfortunately some children’s activities had to be shut down early due to a shortage of volunteers.

“We had done quite a bit of call out for volunteers, and unfortunately we just didn’t get enough bodies there to run the whole event. We need between about 60 and 70 volunteers throughout the course of the day to run it successfully, so that was a kind of a bummer, and I think some people were disappointed about that. I think that people don’t realize that this event is actually run by a group of volunteers. The Cochrane & Area Event Society plans and hosts this event, on behalf of the town of Cochrane, basically the town doesn’t produce the event. There’s no town staff on site, it’s all basically run by volunteers.” Says Mitchell.

Putting on an event of this size is not something the small group of people that make up the events society can do alone says Mitchell.

“We just need extra bodies, because unfortunately we are a strong team of people who plan this event, but at the end of the day, we’re still a small team, so when it actually comes to the execution part and being able to do It successfully, we just need more bodies there.”

The next Cochrane & Area Event Society function is the annual Labour Day parade for which they are asking people to volunteer for as well to help make the event safe for all and make the event the best that it can be.

If your interested in joining the Cochrane & Area Events Society or looking to volunteer at one of their events you can go to their website, message them on their Facebook page, or email them at caes.cochraneevents@gmail.com.

Cochrane shows up for candidates at open house
October 8, 2021
NEWS & EVENTS
Any Questions? Get in touch!
Go to Top